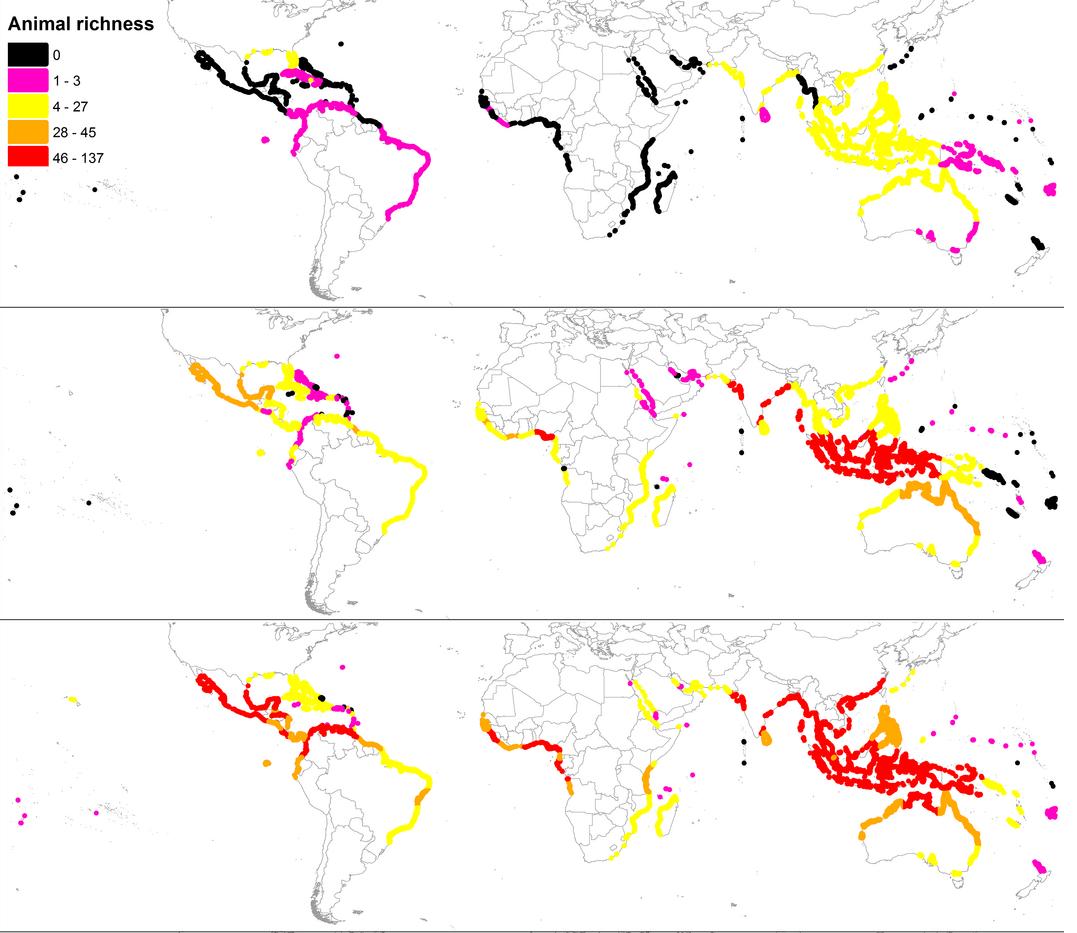 In a paper lead authored by Stefanie Rog in the journal Diversity and Distributions, the importance of mangroves for global, terrestrial vertebrates is revealed.

The review found that 464 terrestrial species (320 mammals, 118 reptiles and 26 amphibians) use mangroves; five times more than previously reported. Of the 391 species whose conservation status has been assessed by ICUN, 35% were classified as threatened. Species were most often reported using mangroves for foraging habitat, followed by refuge, shelter, dispersal and breeding.

The terrestrial components of mangroves are often overlooked by society, and Stef's review extends our knowledge of mangrove forests and brings attention to these vital and undervalued ecosystems.

Read the full review in Diversity and Distributions here.