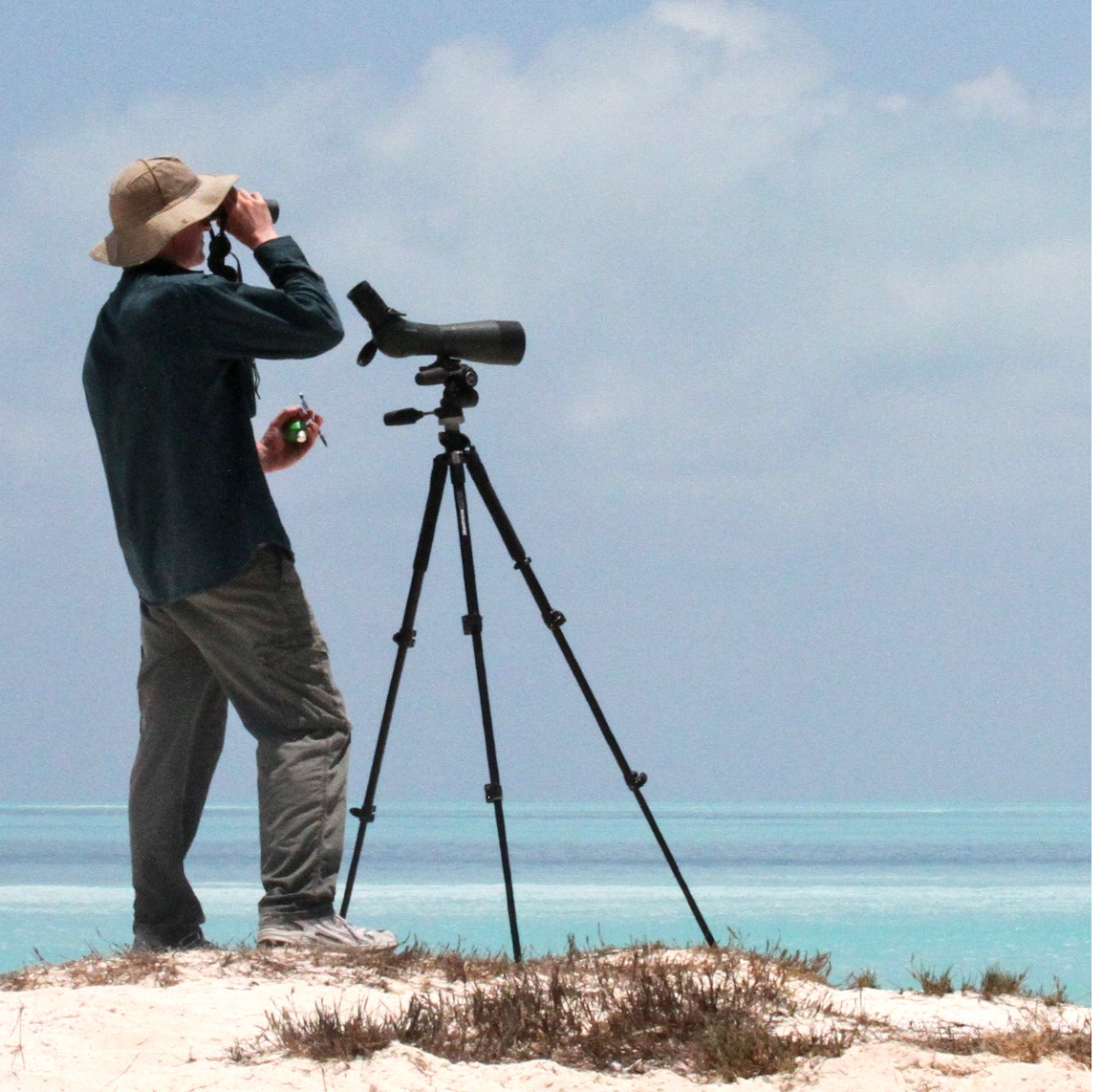 Lab member Rowan Mott recently had a paper from his PhD research published in The Auk, which highlights his findings on how two similar congeneric seabird species can successfully breed side by side.

Traditional research methods document high levels of resource overlap in Great and Lesser Frigatebirds. Rowan used high-tech GPS tracking combined with chemical analysis of blood and feathers, to identify previously unknown differences in dietary and spatial aspects of the foraging strategies of these two species. The results indicate that body size differences between the two species influence the tropic level of the prey consumed, with the larger-bodied Great Frigatebirds taking prey higher on the food chain compared with the smaller Lesser Frigatebirds. During the breeding period, when adults are spatially constrained by the need to attend to an egg/chick, there exists considerable spatial overlap among species and sexes. However during the non-breeding period, when the demands of rearing a chick are removed, this overlap diminishes, with males of both species foraging further afield in offshore waters.