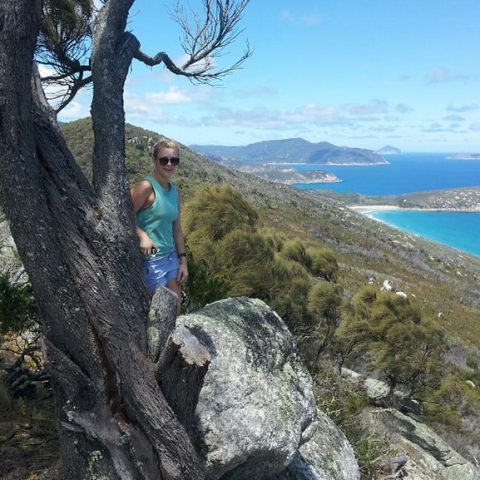 Briony performed her Honours year in 2011 (co-supervised by Dan Harley) investigating the conservation management of the Critically Endangered helmeted honeyeater. Her project consisted of two components: 1. Population Viability Analysis on the wild population of helmeted honeyeaters to identify the key demographic processes that should be targeted for successful conservation management, and 2. Determining post-release mortality rate of 11 captive-bred Helmeted Honeyeaters.

Population viability analysis predicted the helmeted honeyeater population would not persist in the wild under current conditions. Supplementation of the wild population was the most important parameter effecting population viability. Radio-tracking determined a high post-release mortality rate of 3.18 % per, with the majority of deaths caused by predation. Consequently, it was suggested that helmeted honeyeaters should undergo anti-predator training prior to release, which will now occur for the 2013 release group.

Following Honours Briony has been employed as a Research Assistant at the Australian Research Centre for Urban Ecology (ARCUE). In this role she is responsible for monitoring the arboreal mammal population, particularly squirrel gliders, to determine if the impacts of the Hume Highway expansion have been mitigated by the addition of crossing structures. She recently went to South America for the 2014 Soccer World Cup.