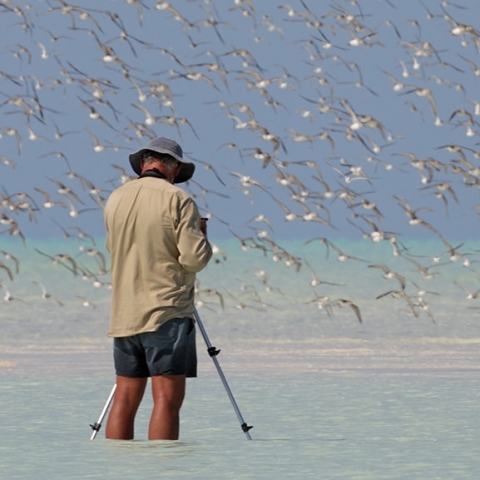 George Swann is recognised as a leading authority on the birds of the Kimberley region and surrounding waters. He has organised annual expeditions to Ashmore Reef for over 15 years and has led further targeted shorebird counting expeditions to the reef. As an ornithologist George has been involved in over 40 voyages in the Browse Basin. George also plays a lead role in shorebird counts in coastal areas of WA from Port Hedland north to Broome and routinely undertakes biodiversity assessments as an ecological consultant.

George is also an A-class bird bander registered with the Australian Bird Banding Scheme, and as part of the Australian Wader Studies Group, bands migratory shorebirds for movement and population monitoring research within the East Asian-Australasian Flyway.