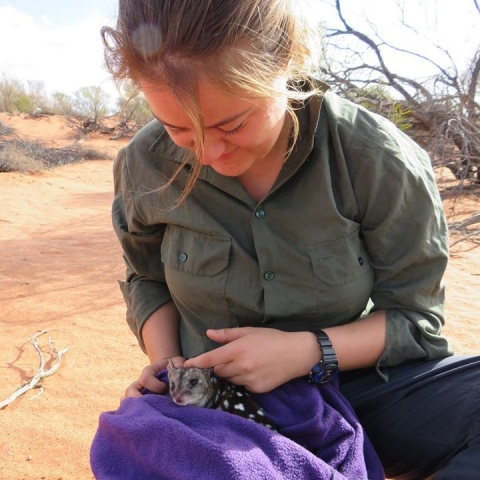 Finella commenced her PhD in the Research Ecology Group in February 2020, and will be investigating the use of new technologies to improve monitoring and conservation management of Australian biodiversity. She will be comparing car-mounted thermal scanners and thermal drones with traditional spotlights as tools for detecting small grassland birds and mammals in the Northern Plains of Victoria, including the critically-endangered Plains-wanderer.

Previously, Finella completed her honours project with the lab on the breeding ecology and nesting threats of Norfolk Island Robins. She used camera traps to determine the nest success rates and threats to nesting success of the NI Robin, and used thermal cameras to determine invasive rodent densities on the island. She also undertook an undergraduate research project supervised by Rohan Clarke in 2016. She performed a dynamic factor analysis on a 38-year dataset of 41 seabirds to describe the trajectory of seabird populations in the Bonney Upwelling.