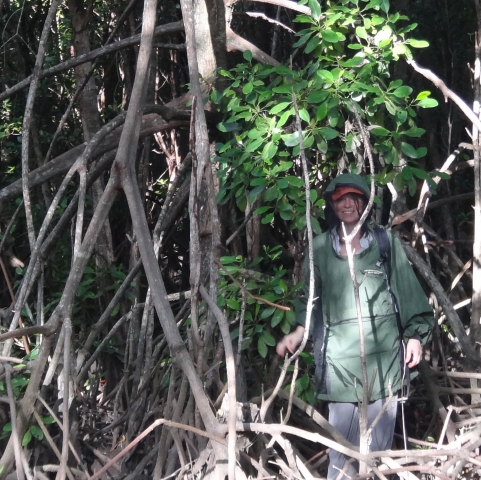 Investigating the potential vectors of avian malaria in tropical Australia

Tiffany’s honours research aimed to describe the potential transmission network of avian malaria between hosts, parasites and vectors in a tropical avian community. This work contributed to our understanding of the vectors of wildlife disease and the high prevalence of avian malaria in the Torres Strait. The project was supervised by Rohan Clarke and Anders Gonçalves da Silva.

Tiffany has also worked as a research assistant and a 3rd year research student in the Research Ecology group on a project with Melbourne Water: Fluctuations of waterbird abundance at a drought refuge; a response to climatic events. The study looked at multi-decadal climate variability in the Murray Darling Basin and the influence of such variability on waterbird assemblages in drought refuges around Port Phillip Bay.

Tiffany has an interest in conservation and sustainable living in the face of environmental change. She currently also works as a Ranger and Environmental Education Officer and enjoys sharing her appreciation of nature and ecological understandings with park visitors.