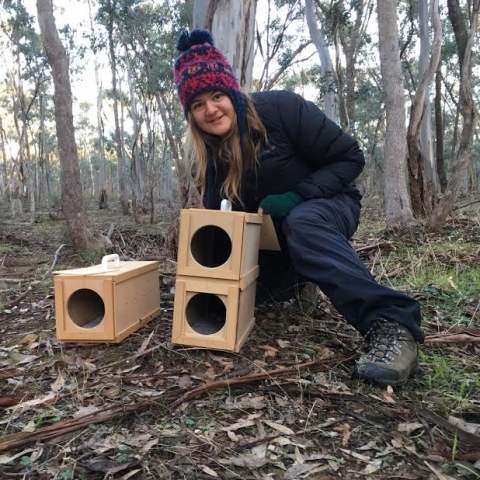 Previously, Finella undertook an undergraduate research project supervised by Rohan Clarke. She performed a dynamic factor analysis on a 38-year dataset of 41 seabird species to describe the trajectory of seabird populations in the Bonney Upwelling. The Bonney Upwelling in south-eastern Australia is exposed to numerous anthropogenic threats. As such, understanding the ecosystem is crucial for its future conservation management and continuation of its fisheries. Strong seasonal population fluctuations were identified in the study, indicative of the upwelling's seasonality. Strong El Niño events lead to the reduction of eight species' populations and an increase in 21 species' populations. The strong seasonal pattern in seabird fluctuations and the influence of El Niño events had not previously been demonstrated in this system.